Influences: "That Man is Not Very Well" 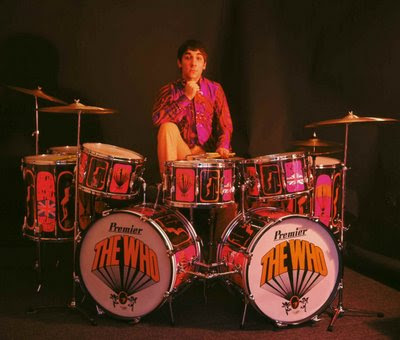 Keith Moon, pictured here behind his famous "Pictures of Lily" kit. Premier introduced a tribute "Spirit of Lily" kit in '06.

"The big 747 jetliner drifted smoothly through the night sky, seemingly at ease with the gentle breezes that separated Muritania from London. Suddenly the flight's peaceful atmosphere was shattered as the airliner's cockpit door flew open, and a deranged individual with malice etched in his eyes, burst into the crowded compartment. Thoughts of third world revolutionaries and skyjackings surely crossed Captain Barry Newman's mind, but the intruder, instead of pulling out a gun and demanding passage to Cuba, slowly withdrew a pair of drum sticks from his coat pocket and set deliberately about playing an impromptu "solo" on the flight engineer's calculation table. The surprised and somewhat alarmed crew quickly regained their composure and summoned airline security, and advised them to remove the mysterious "visitor" immediately upon landing. As the eventful flight finally touched down at London's Heathrow Airport, and the passenger was forcibly dragged to a waiting ambulance, Captain Newman was heard to mutter, "That man is not very well." Keith Moon had struck again." 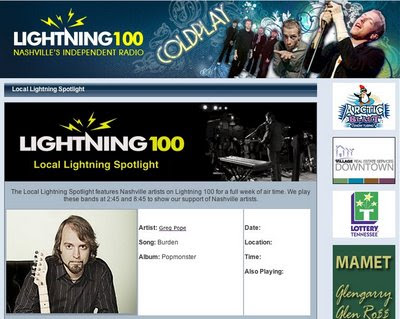 This week my song "Burden" will be spinning down at my favorite radio station!

Those in the Nashville area can tune to Lightning 100FM at 2:45 and 8:45 to for some popmonster action as well as the most excellent song "Thanks To You" from locals The Deep Vibration, also featured this week.

MONSTROUS THANKS to Lightning 100 for the support.
Posted by Greg Pope at 9:12 AM No comments: 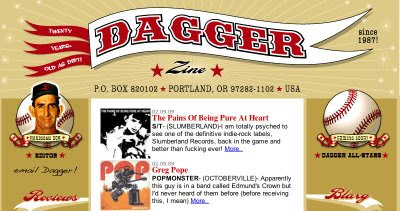 "This thing smokes..." read the entire review here.
Posted by Greg Pope at 9:01 AM No comments: 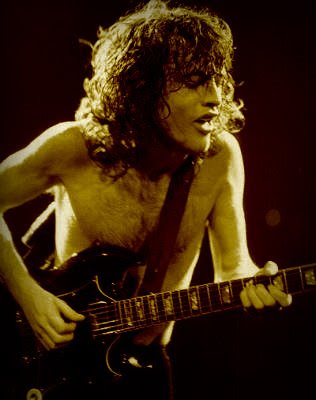 Saw him on the 31st...yeah I've been processing it for a week and half now. Quite possibly the greatest living rock guitarist. I mean who can you compare him to (other than the master I mean)?